The West Totem Collab fundraiser has come to a close and a total of $87,012 has been raised for STARS, the Squamish Nation’s Kwi Awt Stelmexw language program, and Community Futures Treaty Seven’s First Nations employment and economic development programs.

The campaign, which saw the commissioning of a totem pole by renowned Squamish master carver Ray Natraoro, brought together and strengthened the bond between three important western Canadian groups: the energy sector, STARS Air Ambulance, and Indigenous communities.

Comprised of the Stream-Flo Group of Companies, Graham Construction, Oxford Properties Group, and Displayco, the West Totem Collab’s goal of bridging the above-mentioned three groups was accomplished through the overwhelming generosity of all partners involved. It was also made possible through the significant contributions of certain individuals, including Stream-Flo Sales Rep Mackenzi Mitchell, who provided invaluable guidance and support throughout the entire campaign. 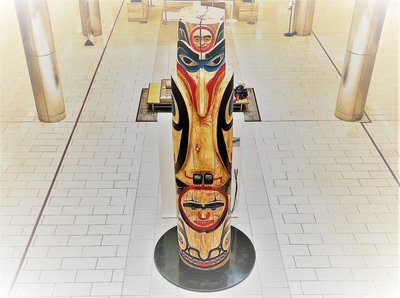 Xaays — the totem pole that was commissioned by Stream-Flo Group of Companies President & CEO Mark McNeill and his wife Suzanne as the focal point of the fundraiser — raised $60,000 after Graham Construction came away with the winning bid for it at the STARS and Spurs Live Industry Auction. Xaays had the honour of being the highest bid item at the event, as the auction was able to raise a staggering $1 million in just a few short hours.

Xaays will remain in Bow Valley Square until September. It will then be transferred to Graham Construction through a sacred transferral ceremony in accordance with the cultural and spiritual practices of the communities involved.

The Stream-Flo Group of Companies would like to thank everyone who donated and supported the West Totem Collab. An initiative of this magnitude would not have been achievable if not for the extraordinary efforts of multiple people.

As we look towards expanding and enhancing our ESG programs in the Indigenous communities we operate in, the West Totem Collab will serve as a touchstone for all future campaigns. Its focus on meaningful consultation and engaged listening with Indigenous leaders and elders will also serve as a roadmap for our continued interactions with First Nations communities.